By Dev Agarwal, part of our ongoing look back at 2018. 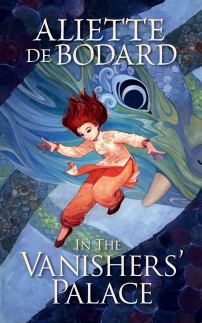 2018 feels like it was almost too busy to keep on top of, both inside and outside of the genre.  I’m far from the only commentator to say I’ve got sensory overload as we limp into 2019. My reading often lags behind the current zeitgeist but last year I caught a number of new books, or book-length projects, of genre note.

Charles Stross produced further works in two of his ongoing series, Dark State (Tor), part of his Empire Games/Merchant Princes sequence and The Labyrinth Index (Orbit) in the Laundry Files.  Both proved to be big novels, crowd-pleasing and packed with ideas.

2001: An Odyssey in Words, edited by Ian Whates and Tom Hunter (NewCon Press) was already discussed by Andrew Wallace in detail on this blog, so I won’t need to repeat his forensic examination.  However, I would agree that the scope of authors involved and their reimagining of the underlying concepts within 2001 gave readers much to chew on.

There were new novels from a father and daughter well known in the genre, Christopher and Elizabeth Priest, whose books were An American Story and Concrete Faery.  An American Story is a novel exploring the cultural iceberg that continues to loom over our world – the September 11th attacks on the World Trade Centre of 2001.  Christopher Priest tackles this vast enterprise through the what-if lens of what would happen if the many conspiracy theories about the bombings might be correct.  Concrete Faery is the first book of the Troutespond Series by Elizabeth Priest.  This is a young adult novel and the start of a trilogy.  Priest theorises that if the supernatural should prove to exist, then its likeliest explorers are also its least suitable, our world’s teenagers.

Aliette de Bodard continued a relentless publishing schedule and managed not one but two new books in 2018.  Most impressively, de Bodard maintains the quality as well as the quantity in her newest novels.  de Bodard (a contributor to the BSFA’s Focus) published The Tea Master and the Detective (Subterranean Press) which gender swaps Sherlock Holmes and locates the detective into de Bodard’s Xuya universe – moving on twice from TV’s Elementary, which only manages to gender swap Watson and unimaginatively stayed on earth.  Her second novel of the year was In the Vanishers’ Palace (JABberwocky Literary Agency), a dark retelling of Beauty and the Beast, which continues to play with genre and identity and also to challenge reader expectations. These novels continue to demonstrate that de Bodard can not only entertain her readers but challenge them as well.

Tim Major, (who along with Shona Kinsella co-edits the British Fantasy Association’s Horizons magazine) published a young adult SF novel called Machineries of Mercy (ChiZine) and a non-fiction book that appeals to genre consumers, about the seminal 1915 silent film, Les Vampires (Electric Dreamhouse Press).  In both works, and in his co-editing of Horizons, Major brings a clear and vivid sense of location and character to bear that makes his narratives — fictional and biographic — come vividly alive to the reader.

In each of these works there is a lot for genre cognoscenti to get their teeth into.

As usual for me, I was more active in reading short fiction and, due to the sheer breadth of genre material available, the following may have passed readers by:

A number of strong writers featured in Dark Voices, a women in horror anthology (Lycan Valley Publications) dedicated to genre figure, Vicky Stock, following her untimely death from cancer two years ago.  Theresa Derwin wrote the introduction and Penny Jones featured with a particularly strong contribution in her republished story, “The Farm” among many other distinctive writers worth seeking out.

Jones also published “Swimming out to Sea” in Black Room Manuscripts (volume 4) from the Sinister Horror Company, which I also recommend.

Staying with the theme of strong female voices, Priya Sharma’s debut book All the Fabulous Beasts came out in May 2018 from Undertow Books.

Rightly described as “haunting” and “stunning,” this collection brings together a weighty fifteen of Sharma’s stories.  A distinctly genre voice, Sharma’s work also spans a range of emotional spaces.  Her writing reflects how powerful horror, fantasy and science fiction can be in exploring emotional states and the complexity of sexual desire and identity.  Also to draw reader’s attention to was Sharma’s separate publication, “Maw” in New Fears 2 (Titan).

Shorter fiction is often an incubator of thought experiments and this proves to be the case with Rosanne Rabinowitz’s first collection, Resonance and Revolt (Eibonvale Press).  These stories span historical European settings, contemporary Britain and the near future.  The collection is thematically linked around the concepts of resistance and Lynda Rucker discusses in her introduction how Rabinowitz’s evocative prose gifts the reader with a sense of history and also a present that feels layered by the lives of those now past.

I was also very pleased to enjoy a number of Georgina Bruce’s short fiction last year.  Bruce has enjoyed a strong year, after winning the British Fantasy Award in 2017, and readers are encouraged to seek her out as she begins to carve a distinct literary niche within horror fiction.

Bruce had three stories in 2018, “The Silent Garden” (Undertow Press), “Imposter Syndrome” (reprinted in Best British Horror) and “The Seas of the Moon,” (Great British Horror 3: For Those in Peril, Black Shuck Books) and all three show-case both Bruce and also the emotional range that’s possible in contemporary horror.

Moving away from the written word, 2018 saw significant artwork produced by Chris Moore (http://www.chrismooreillustration.co.uk) Jim Burns (http://www.alisoneldred.com/artistJimBurns.html) and Julian Quaye (http://www.julianquaye.co.uk).  Each of these artists offer a wholly immersive experience, transporting the viewer to another realm.  Art speaks for itself in terms of its value as a medium but people who come to the genre through reading fiction (as I did) may find that art engages different aspects of the brain and offers a new way to understand setting and character.  Each of these artists are therefore storytellers creating a narrative through the visual milieu.

Maintaining the theme of experiencing story-telling without reading is the Virtual Futures live events (organised by Steve Oram).  These events combine panel discussions and fiction readings to create performance experiences for audiences.  In 2018, their contributors included a participant familiar to Focus readers — David Gullen.

I rounded out 2018 at the cinema.  We live in a boom for cinematic and television depictions of science fiction and fantasy so I’ll mention two that might not have been as prominent.  These were Roma (directed by Alfonso Cuaron) and Sorry to Bother You (Boots Riley).  Roma is not on the face of it any type of genre piece (the title refers to a neighbourhood in Mexico City).  However, with its stylised black and white production and otherworldly sense of place, it creates the sensation of watching Andrei Tarkovsky’s Soviet science fiction or a fairy tale narrative.  Roma made real life events from seventies Mexico feel like another world and should appeal to genre consumers.

Sorry to Bother You is squarely a genre piece, combining magical realism, science fictional ideas and “soft SF” (in that it speculates about the social impacts of technology).  It manages to satirise and explore the implications of race politics, corporate greed and runaway science all within a relentlessly funny narrative.

By now in January 2019, it feels like Boots Riley was setting off a siren to scream a warning as we head into a year that already feels like it’s lying in ambush  for us.  As genre regulars we may, as usual, be ahead of the mainstream in getting ready to brace ourselves for what comes next.

Dev Agarwal is the editor of Focus. His latest stories are “Darkfall” in Tales from the Graveyard (North Bristol Writers) and “Angel” in Mithila Review, both forthcoming in 2019.