A scientist-witch who, through an alchemical combination of juju and technology, creates wigs that grant both her and her friends supernatural powers. 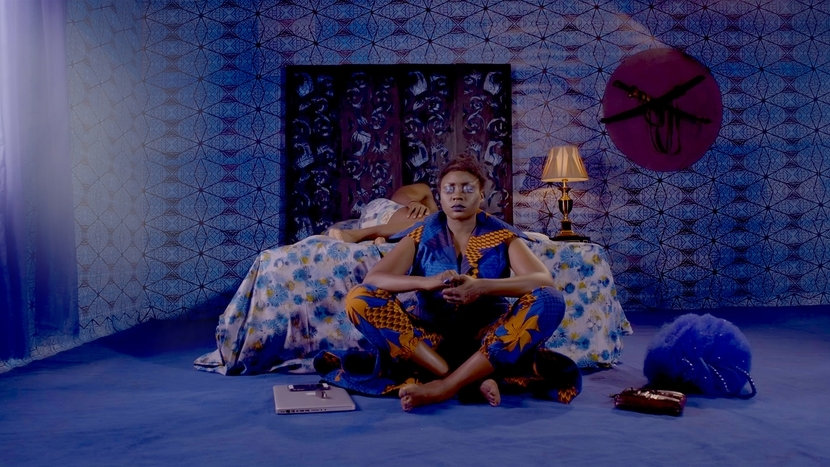 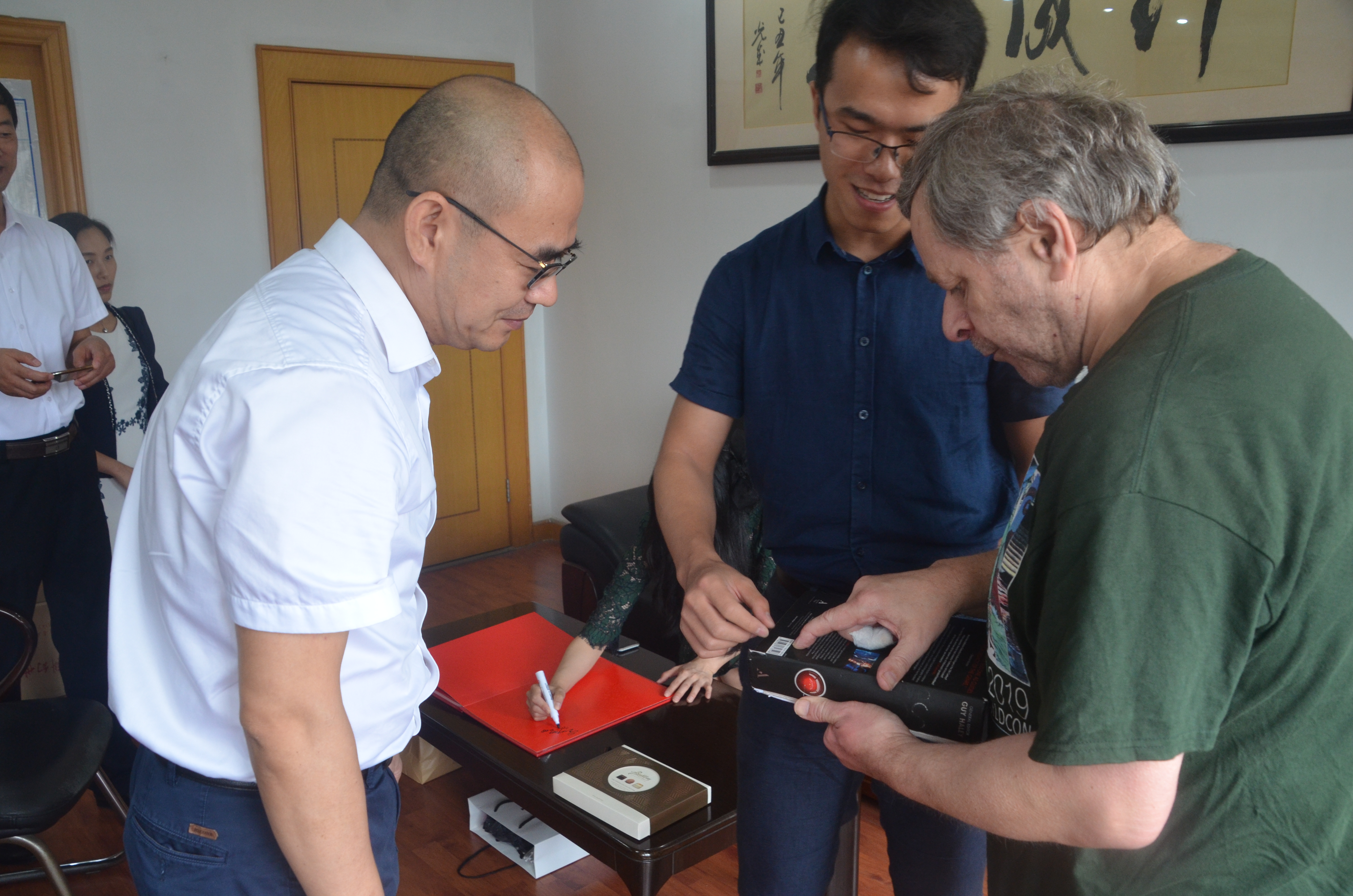 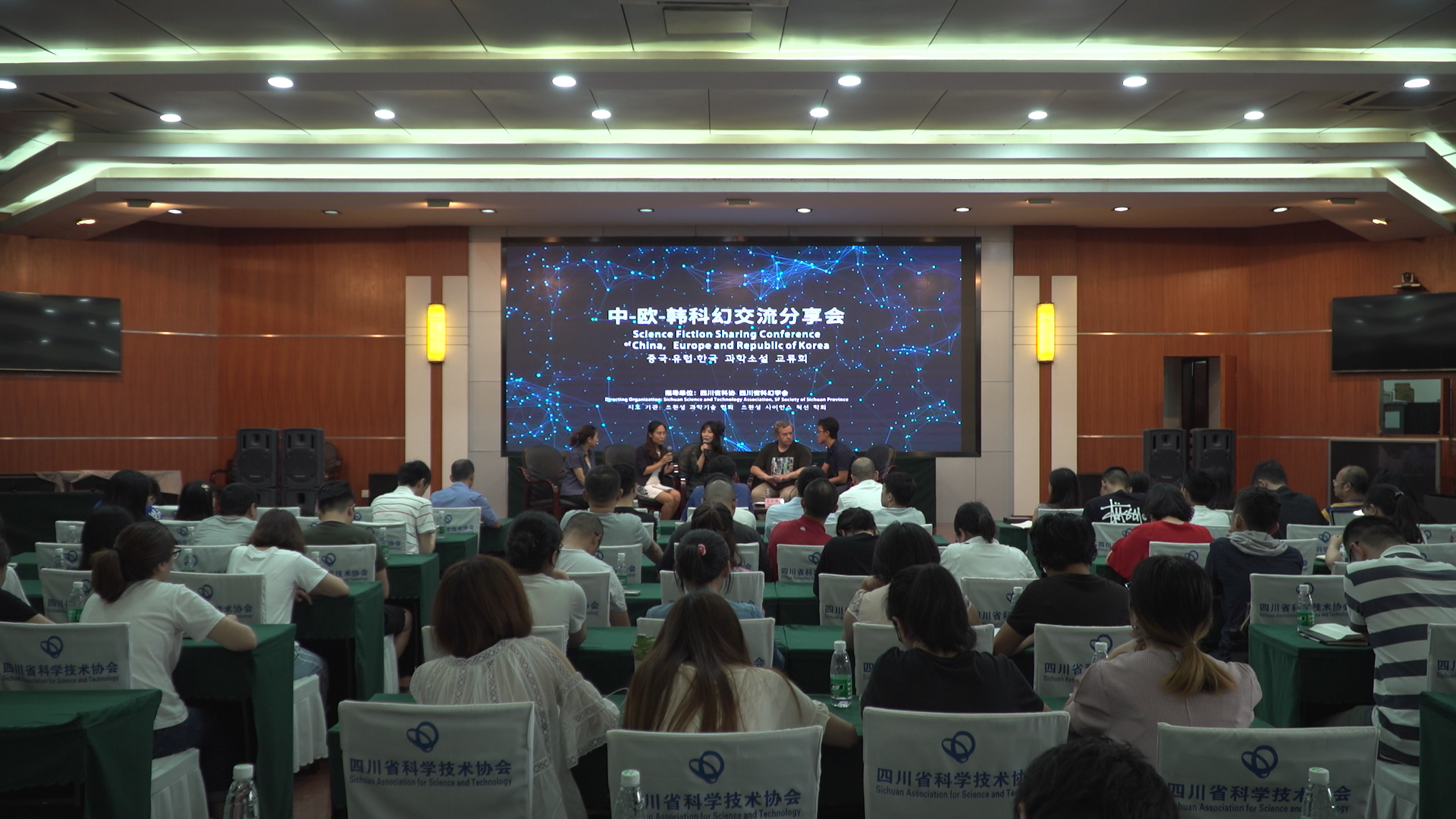 Chengdu has 15.5m inhabitants, and we have it on good authority that Dave spoke to every one of them and encouraged them to join the BSFA.

The first ever Asiacon is likely to be held in Chengdu in October 2019, and will probably be rolled in with Chengdu’s fifth International Science Fiction Conference. Watch this space!

The BSFA would also like to thank Science Fiction World for sponsoring Dave’s visit.

Vector #288 contains Andy Sawyer’s final Foundation Favourites column, as well as our regular columns from Stephen Baxter and Paul Kincaid, plus the BSFA’s Claire Boothby on changes to the BSFA Award.

Set in a future with no safe oxygen left to breathe, the big business corporation Yonivel.co has commodified air and is selling it to the masses. We follow a wayward hydrogen hacker on their quest to #breathefree
Written, directed, edited, produced by
Ayesha Tan Jones
2016/2017

This academic article explores Diana Wynne Jones’s A Tale of Time City, focusing on worldbuilding and in particular the economic arrangements, overt and implied, of Time City’s peculiar temporalities. How might time travel ask us to reimagine the horizons of economic possibility? What lacunae and anomalies do we encounter in the economic life of a city unbound by linear time? Jones has offered up a mechanism with which to approach issues, and to pose large questions: how do we negotiate power to ethically interact with others economically?

The narrative suggests that the smooth running of history is a quantifiable, scientific question, but in addition to science’s being quite vulnerable to subjective, self-advantaging perspectives, Time City also has economic reason to keep the development of technology going ‘how it’s supposed to go.’ They have reason, too, to keep intact the stable eras with which they trade, and on whose tourism they rely. If helping the wrong bit of the human race might jeopardise that, Time City-zens are clearly willing to watch a few eggs break in order to wait for the omelette they want. We know almost nothing, really, about the laws or moral codes that govern Time City’s interactions with history.

Jones is less interested in the SFnal potentialities of creating a place out of and adjacent to all of time than she is in the social ramifications of such a place’s existence. She understands colonialism and can deal with it startlingly deftly, as in Dark Lord of Derkholm [6], illuminating the social fallout of unequal power structures in a way that can vex post-colonial scholars. Here Jones sees her world (or worlds—both the one she occupies and the one she’s written) clearly enough to make this aspect of its infrastructure its key problem. And yet she simultaneously doesn’t seem to understand the dimensions of that problem quite well enough to grasp its whole shape, much less know how to rigorously answer the question she’s posed.

More than anything else, Diana Wynne Jones’ children’s science-fantasy novel A Tale of Time City (1987) is about the eponymous micro-civilisation: a city-state outside of time. Time City monitors the events of the whole anthropocene, trades with sufficiently advanced civilisations, and partakes of the best of every era. This article conducts a ‘world factbook’ style survey of this economy, to the extent that’s possible based on the information the book gives us (and with markedly less dodgy CIA involvement). We’ll look at the state’s sources of income, labour within it, economic immigration to the city, and finally the ultimate effects of Time City’s colonial trade relations with what its citizens call ‘history.’ Via this case study, I hope to provide a way into thinking about time travellers and other agents outside of time as economic actors.