I made it back to Out of this World at the British Library for a last look yesterday. The room was relatively crowded, enough so that there were plenty of cases I skipped and came back to when space became available.

The one I had to check on more than once before I could come back, thus seeing it toward the very end of my time in the show, was Enrique Gaspar’s 1887 story, “El Anacronópete”, collected in Novelas. The reason the book as garnering so much attention is because it’s the oldest known story involving a time machine. The BBC posted a fairly extensive article on the story and its translation back in April.

It is forthcoming in English for the first time in 2012 from Wesleyan University Press as The Time Ship: A Chrononautical Journey, translated by Yolanda Molina-Gavilan and Andrea L Bell. In the meantime, those of you who read Spanish can download a digitized version here.

Good to see so many people at the show! 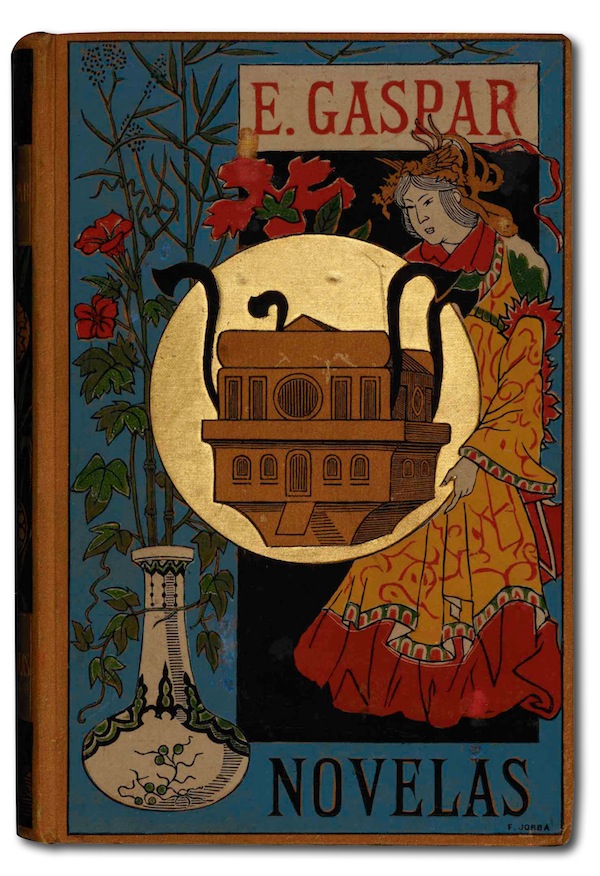 Out of this World: Science Fiction but Not As You Know It is available to see for free for three more days, including day, at the British Library.