January’s Sci-Fi Sessions was a conversation between three very different contemporary fantasy authors. Each one has a trilogy in progress. Lucy Hounsom has just released the final book of her acclaimed Worldmaker series (Starborn, Heartland and Firestorm). Tarnished City, the second novel in Vic James’s Dark Gifts trilogy, was published last year. It follows the success of book one, Gilded Cage, as a BBC 2 Book Club Choice. Finally, Anna Smith Spark’s Court of Broken Knives, the opening volume of her Broken Empire sequence, has already been nominated for numerous awards for best fantasy novel of 2017, with second and third volumes yet to follow. 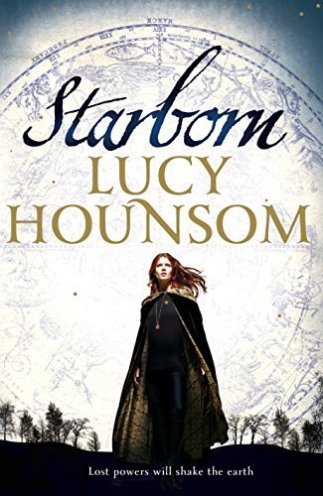 Hounsom started the conversation by pointing out that many of our oldest stories, like Gilgamesh and Genji, have similar elements to contemporary fantasy, such as the depiction of an uncannily powerful young character. However, in her own work, she is keen to overturn restrictive genre conventions, such as what she calls the ‘have your cake and eat it’ storyline. In this narrative, a magic system is established, exerting control over all but the tale’s protagonist (usually from a lowly background) who finds out that s/he can break the established rules with impunity.

In such stories, Hounsom says, an author risks losing the reader’s interest by misusing magic as a theme, either by making the power cheap or by rendering the protagonist so exceptional that they begin to appear inhuman. Although fantasy readers tend to enjoy characters who are ‘chosen ones’, Hounsom posits that if you give up empathy you have left humanity. A fantasy story needs a built-in safeguard to prevent such alienation. For example, in the Worldmaker novels Kyndra does inherit limitless power, but in order to accept it she must give up everything else.

Subverting tropes is an obsession for Hounsom in both her fiction and her podcast, Breaking the Glass Slipper. She feels that genre fiction which harks back to an idyllic ‘lost’ past that never existed in the first place establishes a dangerous precedent with links to contemporary nationalism. Meanwhile, successful novels like The Lord of the Rings spawn countless imitators, meaning a grassroots readership has been fed the same thing for fifty years. That readership’s resistance to change then connected with the misogyny, homophobia and racism of the failed right-wing movement that attempted to dominate the Hugo Awards.

While Hounsom has observed some progress towards greater inclusivity, structural problems in the publishing industry lead to books by male writers being given more marketing support. This imbalance means that less positive change is taking place than it appears.

Gender stereotypes in genre fiction do not help either. Patriarchal societies like Westeros in A Song of Ice & Fire need not be the norm in fantasy fiction any more than the requirement for blacksmiths and soldiers to be male.

Hounsom does not see her own solution as revolutionary: Starborn simply features a woman in the main role, rather than as someone to be rescued or who must die for the male hero so that he can ‘find himself’. Women in the Worldmaker trilogy are in charge of their own destinies: a scenario that in our times should be the default. 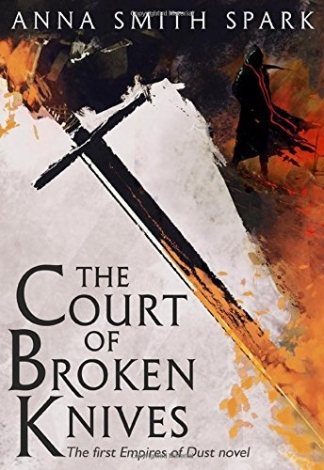 Spark’s ambition for The Court of Broken Knives was for the novel to make sense in character terms. Inspired in part by Khubla Khan, she had not set out to write anything genre-based until a dragon showed up in the narrative. Spark allowed her story to evolve organically, adding layers to her fantastic city until the metropolis felt ‘insane’.

Spark makes no attempt to codify the magic in her novel, citing folklore characters like Merlin who simply ‘have’ strange, inexplicable powers. Indeed, Anna has noticed that nothing is explained in any of the great myths, and many contain internal contradictions. Characters reappear in one story having died in an earlier one, their fates a palimpsest of oral tradition. Any logical systemisation becomes impossible, which adds to the dreamlike appeal of some mythology as well as that of contemporary fantasy novels it has inspired.

Magical power takes many forms depending on the context. Money could be read as a form of magic. For example, was Helen of Troy born the most beautiful, or grew up to appear so because she was richer (a result of better diet and better care)? Beauty itself can be a form of magical power, seemingly able to cancel out a person’s negative personality traits, as can the idea of noble birth. The latter is particularly deep-rooted, and Spark describes trying to explain to her daughter that socialism’s philosophy of treating people as equals is only a very recent historical phenomenon.

Court of Broken Knives explores these ideas as well as another significant marker for fantasy: language. Instead of devising a system of magic for her novel, Spark spent a long time creating three distinct languages. Her study of phonology helped here, as did her experience translating The Iliad from the original Greek. Like JRR Tolkien and Ursula Le Guin, Spark understands the power of applying expertise in structural linguistics to a fictional fantasy realm.

With all its bleakly beautiful poetry, Spark shapes The Court of Broken Knives to be a critique of male violence. A fan of sword and sorcery, she nonetheless understands that military-themed fantasy books have a distinctive gender language with roots in crypto-fascism. Growing up in a feminist household helped her develop a critical distance, and ensured that a fascination with genre tropes did not necessarily equal approval. It is a shock that even now these narrow, often savage points of view, are not challenged more often. In Broken Empire, therefore, Spark explores the tragedy of a specific male world and the dire cost to the protagonist trying to dominate it.

With her career as a journalist and documentary film-maker about subjects such as Donald Trump or the wealthiest 1%, James believes it is important for fantasy to remain rooted in the recognisable. So, while Worldmaker and Broken Empire are epic high fantasy tales, Dark Gifts is set in a contemporary but altered Britain – the result of a victory in the English Civil War of magical aristocrats who call themselves ‘Equals’. Anyone in the novel who is not an Equal must do ten years of unpaid compulsory service to the state. This fictional hierarchy is not that far from ‘real world’ Britain with its ongoing scourge of bad and badly paid jobs and an elitism embodied by the absurd continuance of aristocracy.

However, the familiar is not always a shortcut for a writer. Setting Gilded Cage in modern Britain created difficulties that even James’s PhD in History, which focused on the English Civil War, provided little help in overcoming. For example questions such as ‘why did the Equals wait until the mid-1600s to take over?’ led to the author’s creation of 2,000 years of alternative British history.

Some real-world inspiration was useful. Intrigued by a high wall along the A35 in Dorset that is so big it’s impossible to see what is behind it, James wondered if the structure was to keep people out or in. She discovered that the wall is the longest in Britain and protects the home of the wealthy and reclusive Drax family. The property is the basis for Kyneston, the seat of the leading Equal family in the Britain of Gilded Cage.

With an army of slaves and an entrenched system of societal control, the Equals rarely need to use their magic. However, both within and outside their ranks, resistance is growing. James feels that while rebellion is a fantasy trope, the revolutions depicted in genre novels often happen as if they were inevitable and bear little relation to history. The challenges for those who question the status quo in a fantasy realm are significant, because they involve antagonists whose abilities are not just limitless but also unknown.

James’s working-class background as a student at a prestigious school and university has given her a unique perspective on privilege and status. Consequently, she sees her books as a means of honing empathy instead of providing escapism. For example, she says fiction writers should create characters whose backgrounds are representative, encompassing variances in racial, gender, class or other terms. However, with such creative freedom comes responsibility for ensuring that characters are written with depth, resonance and accuracy.