More than two decades after the publication of Dark Matter: A Century of Speculative Fiction from the African Diaspora (2000), an anthology of short stories, black speculative fiction continues a powerful conversation in genre fiction on culture and identity, and increasingly tackles themes pertaining to colonialism, as well as feminist and queer themes that engage with difference.

Anthologies and collections have become instrumental in the proliferating Afrofuturistic writing that heroes black people in stories from Africa and the diaspora, stories whose visibility is increasingly evident in award nominations and reading list recommendations. For example, Dominion: An Anthology of Speculative Fiction from Africa and the African Diaspora – with its stories of gods, demons, magicians, dead children, refugees, taboos, apocalyptic worlds, and more – saw nominations, finalists and winners in the Hugo, British Science Fiction Association, British Fantasy, and Nommo Awards….

This warm reception of black writing in the speculative-fiction industry and readership could be attributed to the calibre of stories and authors, as well as the continued response to global events, including Black Lives Matter, that demand radical new stories.  In 2018, the New York Times determined N. K. Jemisin as the most celebrated science fiction and fantasy writer of her generation, with the staggering success of her Dreamblood duology, and the Broken Earth and Inheritance trilogies, all books that have received recognition in Hugo, Locus, Nebula, World Fantasy, Tiptree, and British Science Fiction Association (2020 BSFA) awards.

Newer works continue to highlight the urgency to decolonise language, while deconstructing and reconstructing the written identities of people of colour. Together with anthologies and collections are notable novels, comics, graphic books and works in black speculative poetry – thanks to thriving organisations like the Science Fiction & Fantasy Poetry Association (SFPA) – that help to showcase and recognise vibrant and throbbing works by people of colour.

So let’s take a moment to notice a miscellany of recent works by black writers, editors and artists who constantly engage with difference and hero black people stories:

Shoggoths in Traffic and Other Stories by Tobias S. Buckell (Fairwood Press)

This short story collection by Tobias S. Buckell came out in November 2021, and offers stories of hope, warning, or new futures for its black protagonists who are orphans, migrants, shamans, entities in the city grid…. Buckell draws from Caribbean roots, sometimes deeply unsettling in stories of carnage, friendship, power, other worlds and the occult. Shoggoths in Traffic and Other Stories is convincingly uncanny with protagonists you can relate to.

This graphic novel adaptation that came out in January 2020 stood out in a stellar list of Hugo nominees and allowed its creative cast, and fans across the globe, pleasant astonishment with its Hugo Award for Best Graphic Story or Comic. The work pays homage to Octavia Butler and stays an inspiration to many, in a radical diversification of comics and graphic books targeting newer generations of readers.

Can You Sign My Tentacle? by Brandon O’Brien (Interstellar Flight Press)

This brazen collection of black speculative poetry came out in August 2021 in stark yet lush writing that dares you to cross thresholds. Brandon’ O’Brien’s Can You Sign My Tentacle? is an audacious collection of the everyday and the surreal in a beautiful blackness that is sombre and magnificent. Perhaps it says something that an indie speculative publishing house that embraces rare black writing is the one that was unafraid to take on this mesmeric collection. A risky assemblage, sarcastic and free, spilling with blood and duality. It’s rewarding to see it announced in the preliminary ballot of the 2021 Bram Stoker Awards.

This anthology of black speculative poetry is a cross-cultural inhabitation that shimmers with metaphors of moons, gods, oceans, and humanity in all its transmutations. Akua Lezli Hope has put together a splendid miscellany that is a warning and a promise in a liminal landscape that is reanimating.

Namwali Serpell’s novel that came out in March 2020 is an intelligent book that sweeps across class, colour, and generations with its deception, reflection, fraud, prejudice, imbalance, balance, devotion, and hope. Serpell explores ideology, supremacy, disease, and curiosity in relationships forged and lost. She casts a spotlight on the place of women in society, on the intolerable choices of mothers and their children, on the quest for identity, on a search for belonging. Afrofuturistic in its gaze at colonisation, independence, and the near future, the novel interrogates the challenges and intricacies of converging cultures.

Zig Zag Claybourne’s novel came out in November 2020, and claims its own playful approach in the second book in The Brothers Jetstream saga. Uncensored, this frolicking all-black novel takes the mickey out of anything not black in a space-opera crusade that’s science fiction of its own ilk, teleporting the reader – laughing – to new worlds where soul matters, as in black soul, rather than spiritual soul.

In this exceptional short story anthology of the Marvel Universe, published in March 2021, original short stories feature longing, heritage, and discovery – a reliving of Wakanda in tales that bridge Mother Africa and her diaspora. Making its heroes, or letting them forge themselves, the dominant miscellany, with its brand-new tales of a kingdom, her people, and her legacy, hosts the many faces of T’Challa, who personifies the regal dignity of black people. In its stories, what stays with the reader about Black Panther: Tales of Wakanda is the nobility of blackness and a deep-seated longing for home reimagined in legends that chant in a language of affection.

Sheree Renée Thomas showcases in her short story collection that came out in August 2020 why she’s an award-winning writer, poet and editor in a titillating collection that is darkness, hum, and beauty. Nine Bar Blues imbues the reader with emotion and spirit. The writing murmurs with gods and spectral spirits in a robust and richly layered multiverse that casts its gaze on black heroines with Afrocentric names like Yera, Fele, Ava, Nelse, Marva, Old Mama Yaya, and Aunt Dissy. Thomas takes the reader places, to voices full of rivers, to the language of trees, to where children laugh and leap within and without a sea of sapphires. Captivating words race together in character-hued dialogue that dances the story forward and offers a textual musicality from an ancient future.

Son of the Storm by Suyi Davies Okungbowa (Orbit)

Grabbing hold of the power of blackness, Suyi Davies Okungbowa’s novel that came out in May 2021 is the first book in the Nameless Republic Trilogy. In writing that celebrates blackness, the novel is rife with politics, superstition, magical realism, and Afrocentric cultures in an inverted colonialism and patriarchy, where not only black but woman is power. This book follows Okungbowa’s award-winning novel David Mogo Godhunter (Abaddon, July 2019), a story in which Lagos succumbs to ruin when the gods fall – a riveting debut of gods bringing chaos, in which Okungbowa brings a new Lagos to the reader.

It may be worth taking a look at this unique October 2020 anthology of short stories, available as a free download, and showcasing stories by Nnedi Okorafor, T.L Huchu, Dilman Dila, Rafeeat Aliyu, Mame Bougouma Diene, Mazi Nwonwu, Derek Lubangake and Tlotlo Tsamaase. Notably, Tsamaase’s ‘Behind Our Irises’ from this anthology was a joint winner with Innocent Chzaram’s ‘Rat and Finch Are Friends’ (Strange Horizons, March 2020) in the Best Short Story category of the 2021 Nommo Awards. Appearing in the same remarkable 2021 Nommo Awards shortlist were Tiah Marie Beautement’s ‘The Bend of Water’ (Omenana, August 2020), T.L.Huchu’s ‘Corialis’ (Fiyah Autumn 2021), and Tobi Ogundiran’s ‘The Goatkeeper’s Harvest’ (The Dark September 2020).

It is clear from just these select exemplars that publishers, authors, and readers alike have a steeping interest in stories from Africa and the diaspora. Take one other example: Stephen Embleton’s novel Soul Searching (Guardbridge Books, August 2020) was shortlisted in the 2021 Nommo Awards, and his upcoming novel Bones & Runes, out by Abibiman Publishing in February 2022, was shortlisted for the 2021 James Currey Prize for African Literature – earning Embleton a writerly fellowship in Oxford.

People of colour are increasingly leveraging the power inherent in storytelling to craft revolutionary speculative fiction in stories of soul and claim: snatching their own destiny with fundamental philosophical questions and confronting themes that not only contemplate but demand different futures for black people. Writers from Africa and the diaspora are pushing the envelope, even splitting it, to chart new and perilous (depending on who’s feeling threatened) fiction that tackles sombre topics. As writers like N. K. Jemisin, Nalo Hopkinson, Tannarive Due, Suyi Davies Okungbowa, and Tochi Onyebuchi increasingly become household names, along with the likes of Octavia Butler, Samuel Delany, and Toni Morrison in their recognition in literary worlds, more writers of colour will join them. 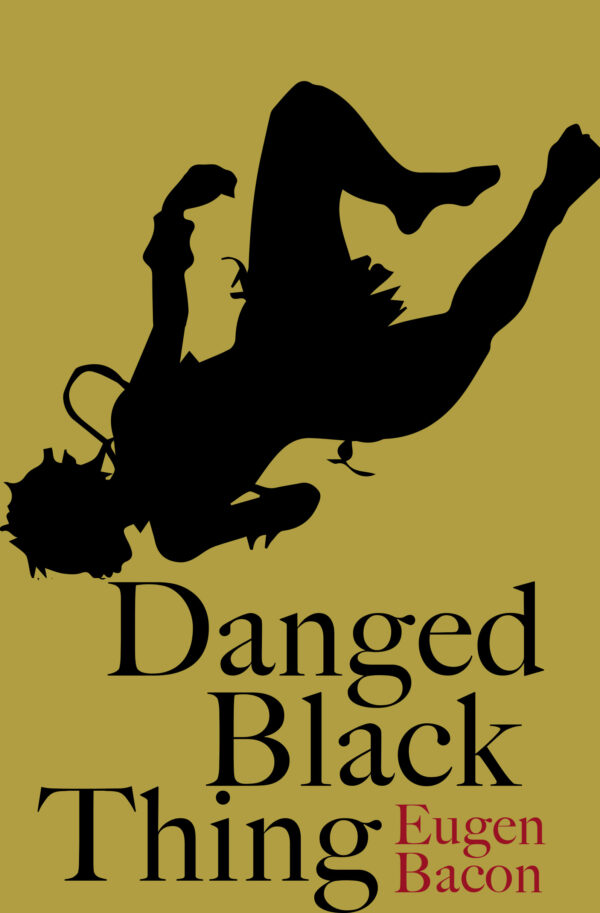 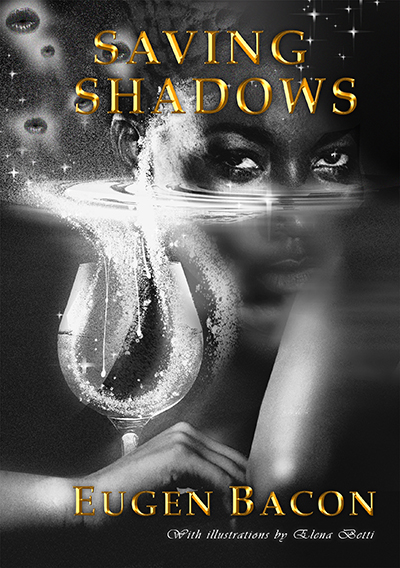 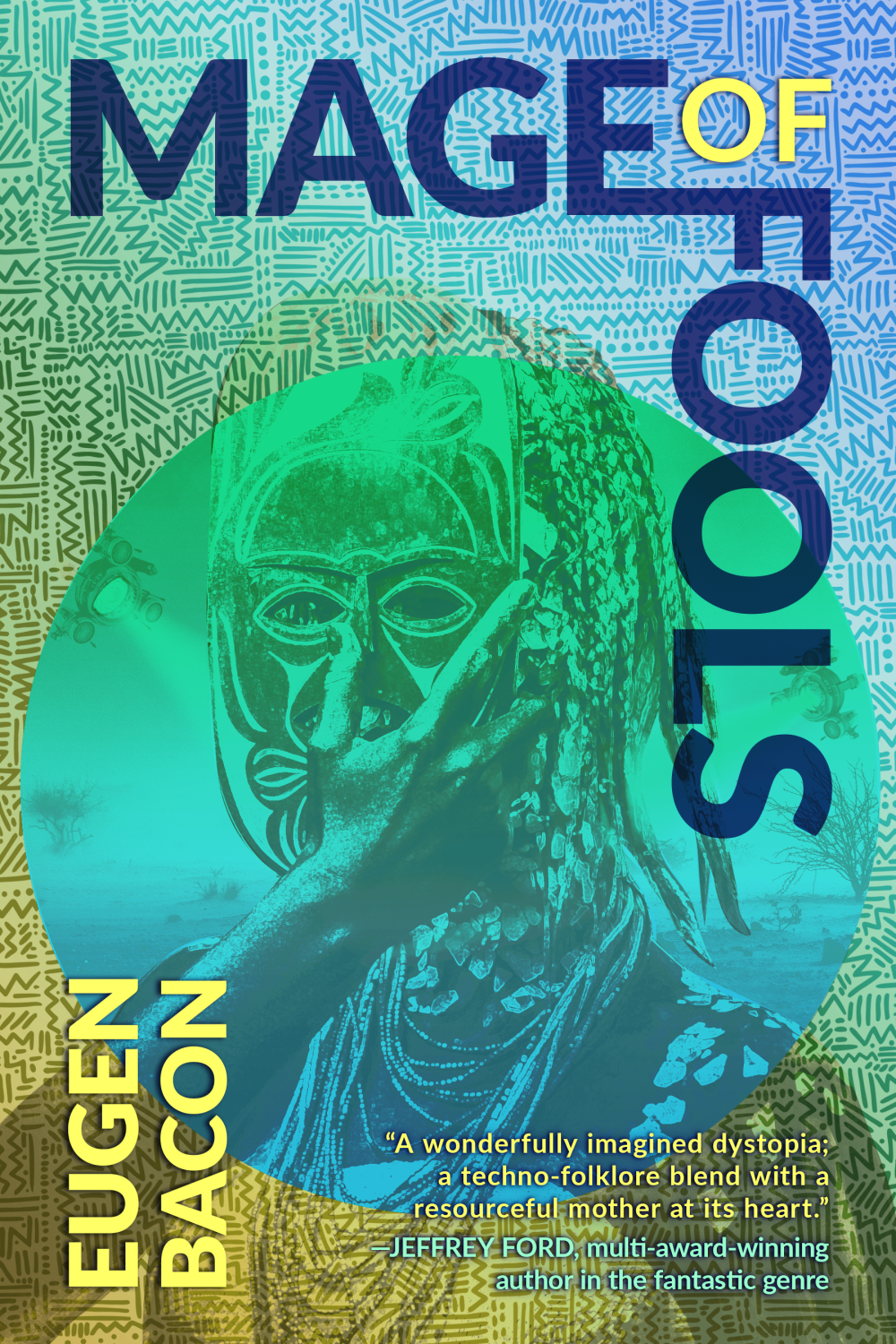