The BSFA holds regular events in London, usually on the last Wednesday of the month, at the Artillery Arms near Old Street. These events are free, and open to members and non-members alike. Keep an eye on the BSFA website for news of future events. In November 2017, former Vector editor Glyn Morgan interviewed acclaimed author Anne Charnock, whose first novel A Calculated Life was nominated for a Philip K Dick Award and whose second novel, Sleeping Embers of an Ordinary Mind was listed by The Guardian as one of the Science Fiction Books of the Year in 2016. She also regularly takes part in The Ada Lovelace Conversations, a collaborative project between The Arthur C Clarke Award for science fiction literature and Ada Lovelace Day, an international celebration of the achievements of women in science, technology, engineering and maths. Anne’s latest novel, Dreams Before the Start of Time, is out now.

Andrew Wallace has checked his watch, confirmed he was there and reports as follows…

What will survive of us is love 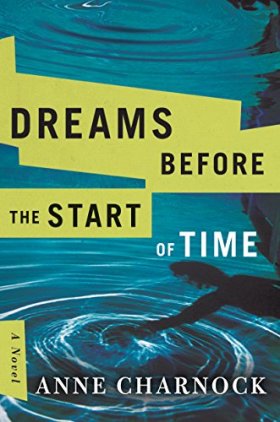 The themes of Anne’s latest novel Dreams Before the Start of Time evolved from ideas about reproductive technologies likely to be with us within the next forty years. The book explores the psychological, ethical, legal and social implications of these technologies by following generations of the same family into the future as they take advantage of these new opportunities and deal with the unexpected consequences. Anne believes that fiction offers the best means of analytically, emotionally and aesthetically engaging with the potential impacts of innovations and trends, from our ‘reproduction’ as digital selves to artificial intelligence, genetic engineering and the emergence of China as both a strategic world player and presence in our future lives. 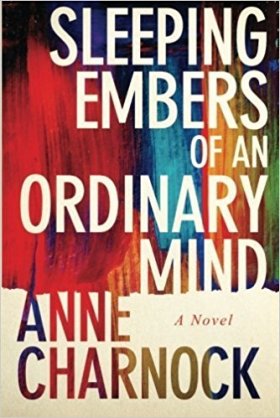 Anne describes her latest novel, as ‘a sort of sequel’ to her previous book, Sleeping Embers of an Ordinary Mind, with the stories linked by theme and character rather than simple narrative continuation. Although the latter is a stand-alone book, Anne didn’t want to let go of its characters, especially Toni: a thirteen-year-old girl who aspires to be a journalist. Toni’s journey thus recommences in Dreams Before the Start of Time, which begins with her aged thirty-two and unexpectedly pregnant.

Anne has written for The Huffington Post about innovative story forms like the one used in Jennifer Egan’s Pulitzer Prize-winning novel, A Visit From the Goon Squad and employs an ‘interlinked vignette’ structure in Dreams Before the Start of Time. It perfectly captures the range and complexity of the subject matter, as Toni and her friend Millie make decisions that will resonate down generations. As much a family epic as science fiction novel, Dreams Before the Start of Time sees Anne take narrative and political risks as she mixes genres and experiments with complex, fragmented structures. 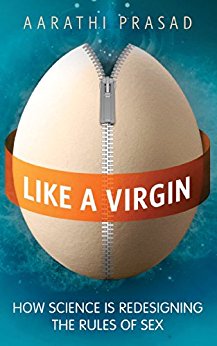 However, this approach never gets in the way of depicting normal people in a recognisable world. Each of the three future timelines explored in Dreams feels like a slightly more advanced version of our society, as the book quietly dramatizes both childbirth and the even harder journey of parenting. The science is always believable, underpinned by rigorous research and interviews with scientists like UCL’s Aarathi Prasad, whom Anne met at the Hay-on-Wye Literary Festival in 2012. Prasad’s Like a Virgin: How Science is Redesigning the Rules of Sex determined the possibility of story arcs in Dreams Before the Start of Time, such as a couple having one child naturally and a second from an artificial womb – exploring the implications for the mother-child bond.

In the interview, Anne discussed various outcomes of this technology, such as it becoming so normal to have a baby with an artificial womb that employers put pressure on women to do so in order to fit pregnancies around the work. She also talked about men’s rights groups, who might support the technology because it removes their perception of the ‘special’ maternal status, leading to greater expectations of rights during divorce.

Anne raised the issue of an implicit step change in human evolution that comes with CRISPR gene editing, and the creation of eggs and sperm from stem cells, enabling both sexes to reproduce independently of each other or even a partner. While the legal and ethical questions must be decided by regulation, the implementation will depend on discourses in different societies and on the compliance by globalised elites. Already, some technology such as surrogacy is legal in some places and illegal in others – such geographical boundaries are merely obstacles for those who can afford to circumvent them. Similarly, there are regional differences in regulation and funding of research for the gene editing of human embryos – China, free from the pressures of a Christian lobby that restricts government funding for such research in the United States, has been bringing closer the day when science could edit out all genetic diseases or gift a child every advantage at an artificial birth. Where does one draw the line, and can it be enforced?

Much science fiction celebrates innovation, but Anne doesn’t see it as either good or bad; rather, her fiction shows how people live with technology. Dreams, more than any of her other books, depicts new machinery such as droids and driverless cars, but these elements are always in the background. The characters don’t talk about their technology; they just use it without comment in the same way that we do. 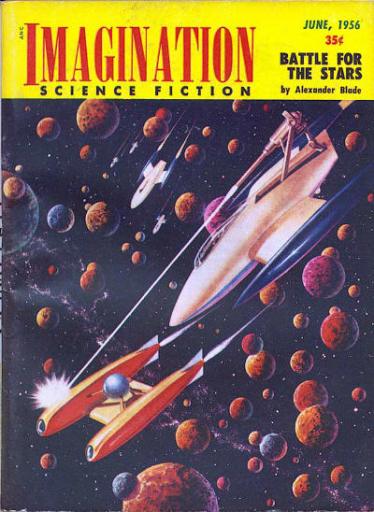 It’s a position very different from that adopted by classic or Golden Age science fiction, which was entirely uninterested in reproductive technology and focussed instead on transport; from flying cars to space ships. In the interview, Anne wondered if this omission was due to men at the time not being in the delivery room, but concluded that the deliberate exclusion of a key female experience like giving birth meant that these books were not written for her.

Has anything changed? The male experience of birth has evolved, but human reproduction is still not a primary theme in commercial science fiction. Instead, reproduction is often just one way of critiquing a post-apocalyptic or despotic setting. Very few authors consider technology such as parthenogenesis, in which a child is conceived using two eggs and no sperm. Perhaps it’s such a big subject that it needs to be the sole focus of the story. Anne’s work, particularly in Dreams Before the Start of Time, shows that birth technology is as rich a source of imaginative extrapolation as physics. 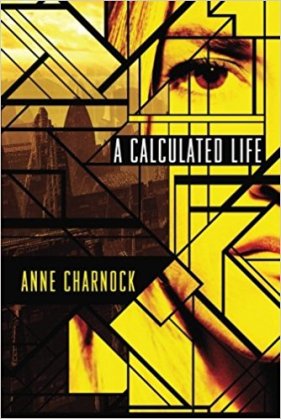 In the interview, Anne explained how male-dominated science fiction reflects structural problems in the publishing industry and how important it is to identify them. Her own experience in gaining visibility is a case in point. While the journey to publication is never easy or straightforward, Anne had the advantage of many years’ experience in journalism, before going back to university and studying Fine Art, a subject that frequently informs her writing. There are other strong autobiographical elements as well; her interest in reproductive technology arose after the difficult birth of her own children. Despite this verisimilitude and a precision-tooled writing style honed from years of contributing to publications like The Guardian, Anne was unable to find an agent or publisher for her first novel, A Calculated Life, despite its completion at a time when dystopian fiction was both hugely popular and commercially successful.

She self-published and promoted the novel herself, a process she describes as an enjoyable but enormously time-consuming, steep learning curve. Subsequently picked up by 47North, Amazon’s science fiction imprint, A Calculated Life went on to be nominated for the Philip K Dick and Kitchies Golden Tentacle awards. 47North have also published Sleeping Embers of an Ordinary Mind and Dreams Before the Start of Time; a hopeful indicator of the increased acceptance of beautifully-written adult science fiction by female authors.

Other interviews on the Vector blog.