Warning: The following includes some rather large plot spoilers!

One of the most interesting things about video games by developer Quantic Dream is the strong focus on decision-making. The ability to drastically alter the story being told just by making one choice over another can be almost overwhelming. Even what can appear to be minor choices can have long-term effects, ranging from relationships with other characters to determining who lives or dies. In Detroit: Become Human, the focus of this decision-making is on android sentience and, consequently, android rights. The game takes place in a future where androids are essentially household appliances. However, there are an increasing number of incidents of androids gaining sentience and revolting against their owners. The game follows three of these androids, with the decisions of the player determining the path each takes in the course of this revolt. Though it could be argued there are no ‘right’ or ‘wrong’ options being given to the player per se, the choices that can be made do encourage exploration of human and android ethics and morals, as well as understanding of the growing relationship and tensions between humans and machines in our own contemporary society (and in the imagined future).

END_OF_DOCUMENT_TOKEN_TO_BE_REPLACED

On 5 January the BSFA announced our longlist for the BSFA Awards, voted for by BSFA members. Congratulations to all those who have been nominated. It seems like a really strong and rich list this year.

If you’re a BSFA member, you can now vote on what should wind up on the final ballot (you can also vote by emailing Awards Administrator Clare Boothby … which is the better option if you’ve just recently joined). This round is open till the end of January.

There’s more information from Clare on the BSFA main site; you can also join the BSFA and/or join Eastercon 2019 (Ytterbium) for the final voting and awards ceremony.

END_OF_DOCUMENT_TOKEN_TO_BE_REPLACED

A Year In Feminist Speculative Fiction 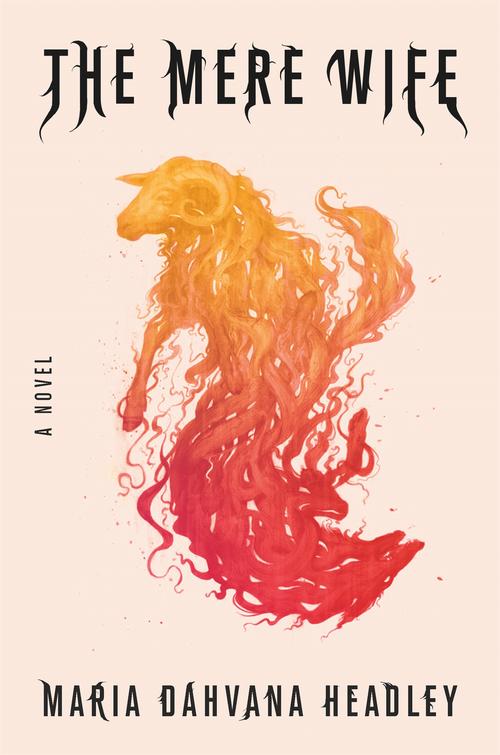 Top of the list for anyone’s feminist reading from 2018 must be Maria Dahvana Headley’s amazing re-telling of Beowulf, The Mere Wife. Set in contemporary America, with a gated community taking the place of Heorot Hall, and a policeman called Ben Wolfe in the title role, it uses the poem’s story to tackle a variety of issues. Chief among them is one of translation. Why is it that Beowulf is always described as a hero, whereas Grendel’s Mother is a hag or a wretch? In the original Anglo-Saxon, the same word is used to describe both of them. And why do white women vote for Trump? The book tackles both of those questions, and more. I expect to see it scooping awards. 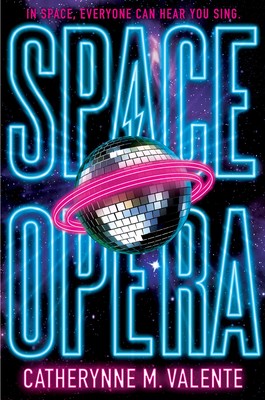 A personal favourite of mine, though possibly a little too off-the-wall for some tastes, is Catherynne M. Valente’s Space Opera. The usual pyrotechnic prose we have come to expect from Valente is augmented by delightful comedy and an all-encompassing queerness. Valente’s time in the UK as a student has helped her to set a book here without any of the embarrassing Theme Park Britain we sometimes see from American authors. Amidst the insanity of Brexit, it seems entirely appropriate that Earth’s admission to the Interstellar Community will depend on our performance in a galaxy-wide version of the Eurovision Song Contest. The Keshet, beings who look like overly excited red pandas, are now officially my favourite alien species. 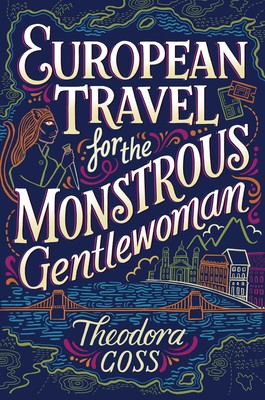 Humour also pervades the Athena Club novels of Theodora Goss. The second book in the series is European Travels for the Monstrous Gentlewoman. It takes our heroines from London to the Austro-Hungarian Empire to rescue a Miss Lucinda Van Helsing from an awful doom. They also discover that foreigners make remarkably good cake. Goss has assembled a fascinating team of characters, from the prim Mary Jekyll to the incorrigible Diana Hyde. I am particularly fond of Catherine Moreau who used to be a puma and who finds humans rather too complicated. Reading the Athena Club mysteries is very like reading Kim Newman’s books; I always come away convinced that I have missed half of the references to other stories that the author has sprinkled liberally throughout the text.

END_OF_DOCUMENT_TOKEN_TO_BE_REPLACED

It’s been quite a wait, but the fiftieth anniversary of 2001 – an event exhilaratingly marked by the theatrically-released “unrestoration” and Michael Benson’s ample new making-of book – was also the year that finally saw an sf film take the Oscar for Best Picture. And as it turned out, The Shape of Water was about as 2018 as a film could get: an unrepentant genre nerd-out with a sincere and completely unapologetic passion for the history of sf cinema and its transgressive political power to represent transhuman desires, give voices to the silenced, and enlarge humanity by embracing monstrosity. The making of monsters was a preoccupation of films as different as Sorry to Bother You, Wildling, Smallfoot, The Titan, Overlord, and The Cured, while the unjust monstering of non-human others played out in films as different as Bumblebee, Rampage, Isle of Dogs, Jurassic World: Fallen Kingdom and Luis and the Aliens, with full-on alien romances in How to Talk to Girls at Parties and Russian extravaganza Attraction, and in the other direction Beethoven thwarting interstellar genocide in weirdo British two-hander Native.

END_OF_DOCUMENT_TOKEN_TO_BE_REPLACED

As part of our 2018 Round-Up, Gary Couzens takes a look at some screen highlights.

As with last year, this isn’t meant to be a comprehensive review of the SF and fantasy films of 2018,  but a highlighting of some titles worth seeking out, leaving out the obvious ones. Everything here, however, received a commercial release or a festival premiere in the the UK in 2018.

END_OF_DOCUMENT_TOKEN_TO_BE_REPLACED

Reviewed by Ali Baker as part of our 2018 Round-Up.

I have admired Aliette de Bodard’s writing since I was given a copy of Servant of the Underworld close to nine years ago. That novel and its sequels are fantasy mysteries featuring Aztec high priest of the dead Acatl, as he solves crimes that affect the balance between the mortal realm and the supernatural realm. De Bodard’s Dominion of the Fallen series is urban Gothic fantasy set in Paris after a magical war. Both of these series feature both full-length novels and shorter works. Her Xuya fiction, however, is all shorter works, including The Tea Master and the Detective, a stand-alone novella set in a far future world (Xuya) where China and Vietnam are global powers.

This novella is an ideal starting point for new readers, as it does not need a great deal of knowledge about the Xuya universe. It is another mystery story, inspired by Sherlock Holmes, where Holmes is the scholar and scientist Long Chau, and Watson is the sentient mindship The Shadow’s Child. Like Watson, The Shadow’s Child is a military veteran, surviving the aftermath of a harrowing conflict. She barely makes a living blending brews to help people cope with the pain of existing in deep space. Into her shop comes Long Chau with a proposition: she needs to collect a corpse floating in space, for research purposes. Reluctantly The Shadow’s Child agrees to help Long Chau — after all, the rent is due — and the two travel to deep space, both facing their traumatic pasts.

De Bodard’s worldbuilding is beautifully rendered, from the ingredients of the brews that The Shadow’s Child creates to the technology of the Xuya universe. This novella is a wonderful jumping off point for readers new to De Bodard’s science fiction, who have some treasures ahead.

In 2018 I forgot for a while how to read fiction. Or, to be more precise, I forgot how to find pleasure in reading fiction. For someone whose daily existence has been defined by the written word since she was five, this was devastating, to put it mildly. While I carried on trying to read, it was as though my brain could no longer accept the existence of fiction in a world that was on a daily basis so bizarre no editor would believe it. Eventually, and I know I’m not the only person who did this, I settled for reading non-fiction and biding my time until the desire to read fiction returned of its own accord. Which, eventually, it did.

I’m not here to offer a redemptive story about the novel that saved me, because there was no one novel. Instead, I want to talk a little about what I learned from my year of not quite reading. I am, I discovered, done with genteel dystopias. I keep seeing them described as ‘feminist dystopias’, perhaps because they’re mostly written by women, but I find very little about them that is ‘feminist’ in the ways I understand the word, and too often the dystopic element is a performative means to an entirely different, generally stylistic end. In the past, I never really thought of myself as needing plot, but it turns out that fine writing – oh-so-very-fine writing, in some instances – is not sufficient in and of itself if the plot is practically invisible.

END_OF_DOCUMENT_TOKEN_TO_BE_REPLACED

The WSFA Small Press Award is now open to submissions of short SFF works published in the small press in 2018. Eligibility guidelines.

And, while we’re talking awards, the first round of BSFA Awards voting closed at midnight 31 December. The longlist will be announced tonight.

UPDATE: Here it is! Fabulous pickings. The second round of voting (for the shortlist) is now open to BSFA Members. If you’d like to join, you may do so here. 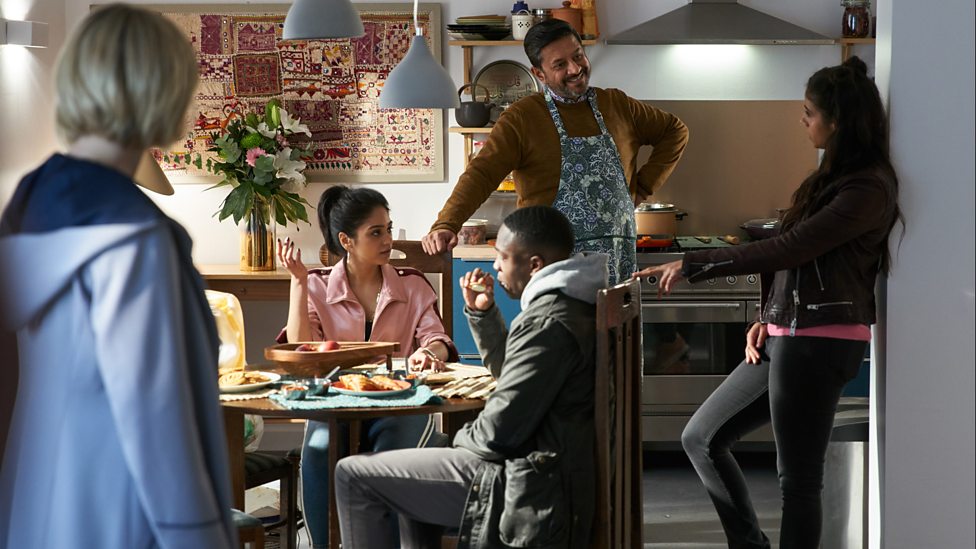