The latest BSFA mailing arrived with the post this morning! I’d been expecting it any day now for the last week or so, after it been sent off to the black box of the publisher. And here it is, Focus (TOC) and Vector both.

This quarter’s Vector is primarily devoted to Diana Wynne Jones, who died in March this year. When I started putting the issue together, I’d hoped she would be with us for years to come, that she would be able to see the issue for herself. Instead, it became a memorial issue to a much-missed author whose influence was formative for many (including me). 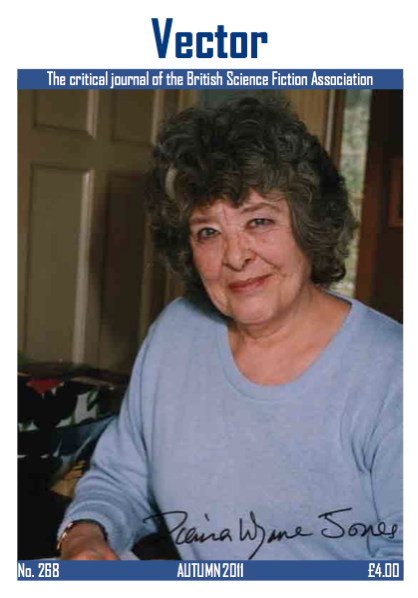 My apologies to Meredith, whose first name is missing an ‘h’ in the table of contents.